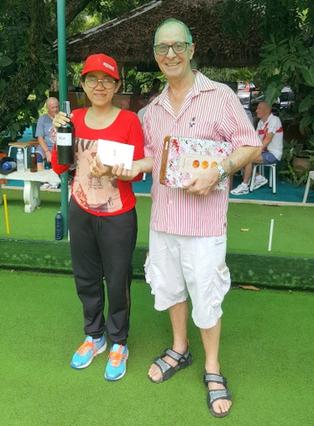 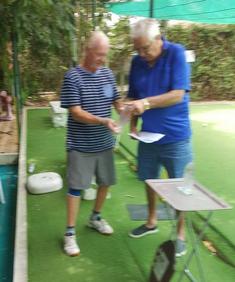 Photo on the left shows Eric in full flight. More like a Rodin sculpture than a lawn bowler !

On the way to winning today, Ken, Richard and Eric played some fantastic bowls including a 12 - 0 whitewash over Leon, don and Marc. That hurts.

I think everyone enjoyed the format and 5 games of 6 ends was perfect. We were lucky with the rain. At 5 am the green was under water bu, with a bit if help from Leon on the blower we were ready for play at 8 am.

In 2nd place and also with 3 wins from 5 games were Martin, Janet and Roon, and 3rd Chris, Mai and Malcolm. 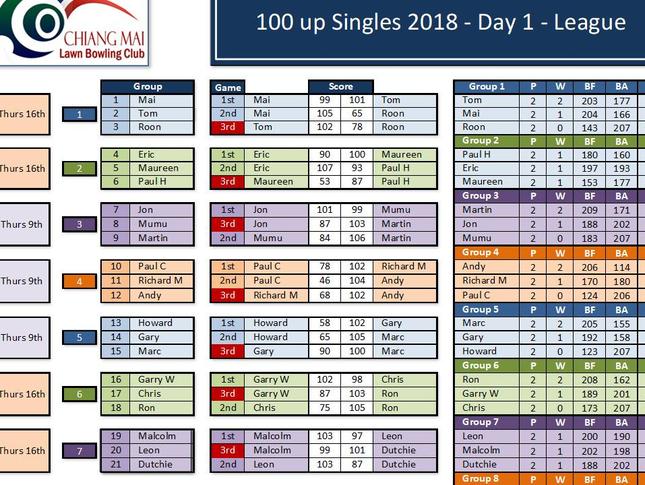 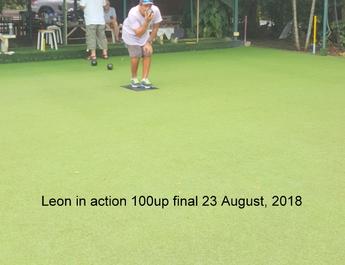 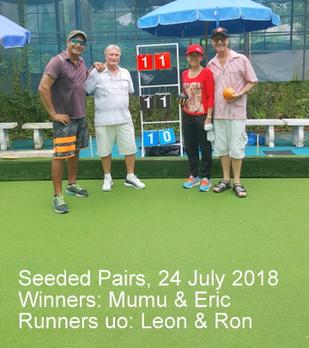 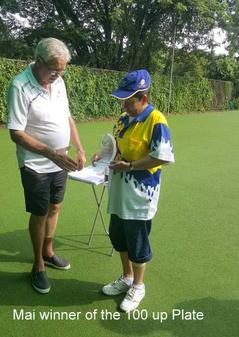 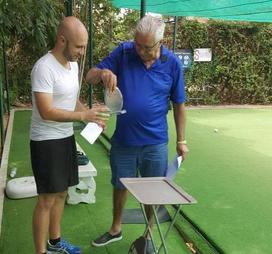 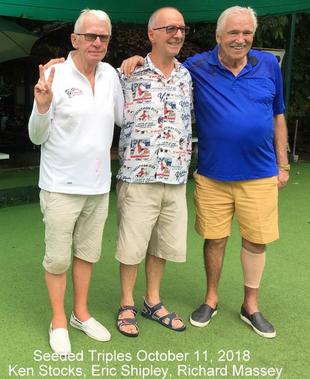 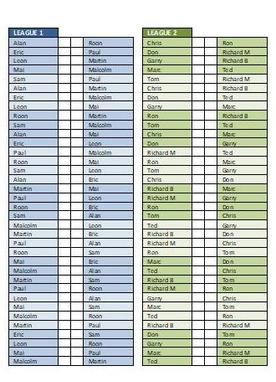 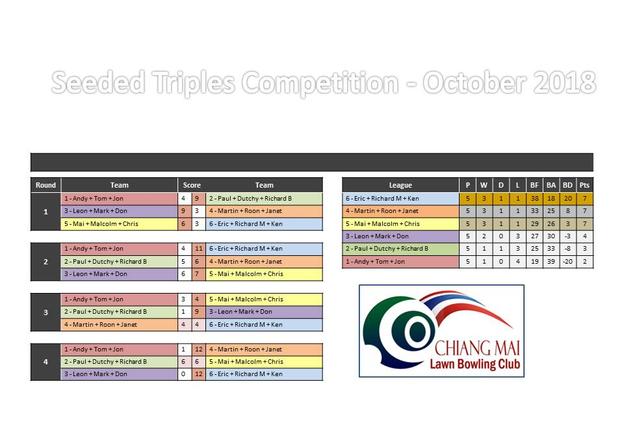 League 2 was won by Richard Birs who has improved greatly over the past year with a lot of hours of practice. He tied with 6 wins from 7 matches but won on aggregate from Marc Van Lierbergen. In third place Ron Goff  who has just started to bowl. Congratulations to all. 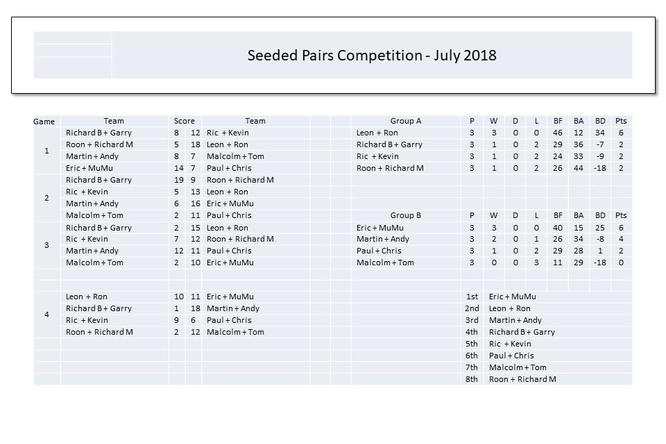 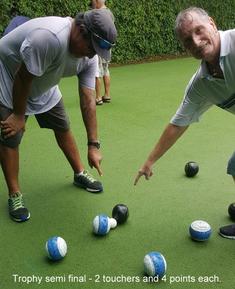 Good luck to you all and enjoy your bowling.

After 2 months of play the 2018 Singles League finally ended on May 1. Alan McMaster showed us all the true champion he his by winning League 1 with a clean sheet of 6 wins from 6 games. Always a gentleman we all learnt a lot fromAlan and hope he will be hasck in Chiang Mai again soon.

Second was Eric with 4 wins.

For Conditions of Play please use this link 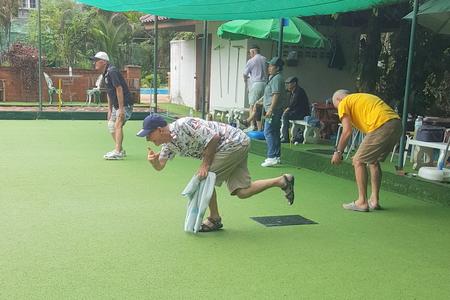 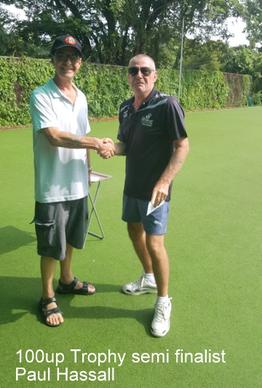 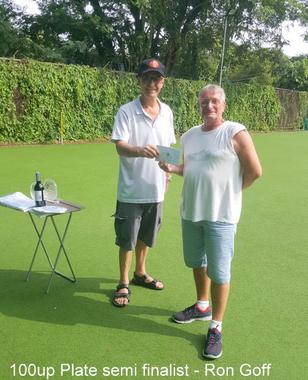 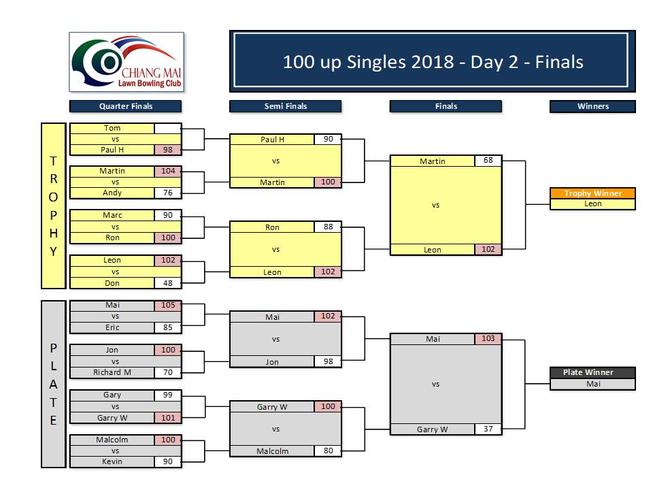 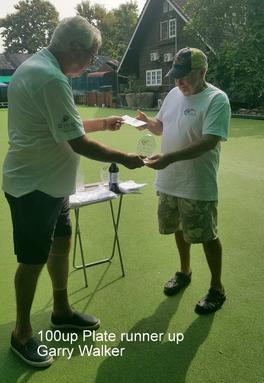 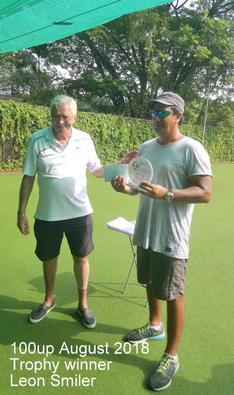 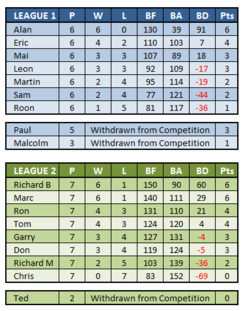 For conditions of Play push this link

And its all over after 3 weeks of great fun bowls. Despite persistent drizzle we managed to complete the big schedule of quarters, semis and the final for both the Plate and Trophy.

In the Plate final a gutsy but exhausted Garry W overcame Malcolm in the semis (100-90) but then lost to Mai by 103-37. Great bowling Mai and great staying power Garry.

In the Trophy, Paul H nursing a bad back could not overcome his good friend Martin in the semis losing 90 to 100. In the other semi Ron, a rising star lost to Leon 102 - 88.  This was a really high level of bowling typified by a rare "double toucher".

And so to the final and Martin could not quite find any extra gas in the tank and could not overcome our new champion Leon Smiler - well done Kiwi.